Blame the genes for my irrevocable and irresistible love for beer, and hence blame this whimsical rant to taste different kinds of beers on my genes too. “I want to taste all kinds of beers from different countries” said I and my champ of a father readily agreed to his princess’s queer desire and stacked an entire SUV’s trunk with craters of exotic beer.

As an ode to my father’s and my undying love for beer, and in order to spread this love, read on to indulge in our experience and grab the one your beer buds crave !

Here goes my journey with 15 Beers chugged over 6 days.

(Disclaimer: I am not a profession beer connoisseur; hence I have innocently indulged in plagiarism along with interspersing my personal inputs)

About: Hofbräuhaus is a symbol of Munich’s hospitality and the Bavarians gift for creating a snug atmosphere. More than anything else, Hofbräu Original embodies the special atmosphere of the beer-making capital of Munich. It has a grassy aroma and floral flavor with a slight bitterness and malty after taste and medium carbonation.  It is commonly called  Munich’s summer beer with character.

Country it hails from : Germany

About:  Dos Equis Lager Especial is made from pure spring water and the choicest hops. It is a crisp, light-bodied, malt-flavored beer with a well-balanced finish. It pours a light pale yellow with a very thin white head that dissipated quickly.. It tastes of a bland array of corn and grain with a mild sweetness. This beer is sadly nothing exceptional and not exactly the best of Mexican Beers. However, Mexicans are of the opinion that this beer tastes splendid with tacos, nachos and fajitas. What more can we ask for?! If not for anything but for companion sake, this beer qualifies well and good.

Country it hails from : Mexico

About: Fuller’s London Porter is an award-winning example of the historic English style beer. A dark amber brown beer with a blend of Brown, Crystal and Chocolate malts provide earthy character and creamy delivery, while hints of coffee and chocolate carries through onto the tongue, making it my personal favorite. Roasted grains and nuts dominate the flavor profile and this is followed by a strong bitter coffee and 100% dark chocolate. Though the finish has a bitter, slight caramel sweetness in the aftertaste balances it making it a  mouthwatering dark beer. This range works well with a wide variety of foods, from rich meat dishes to chocolate puddings.

Country it hails from : United Kingdom 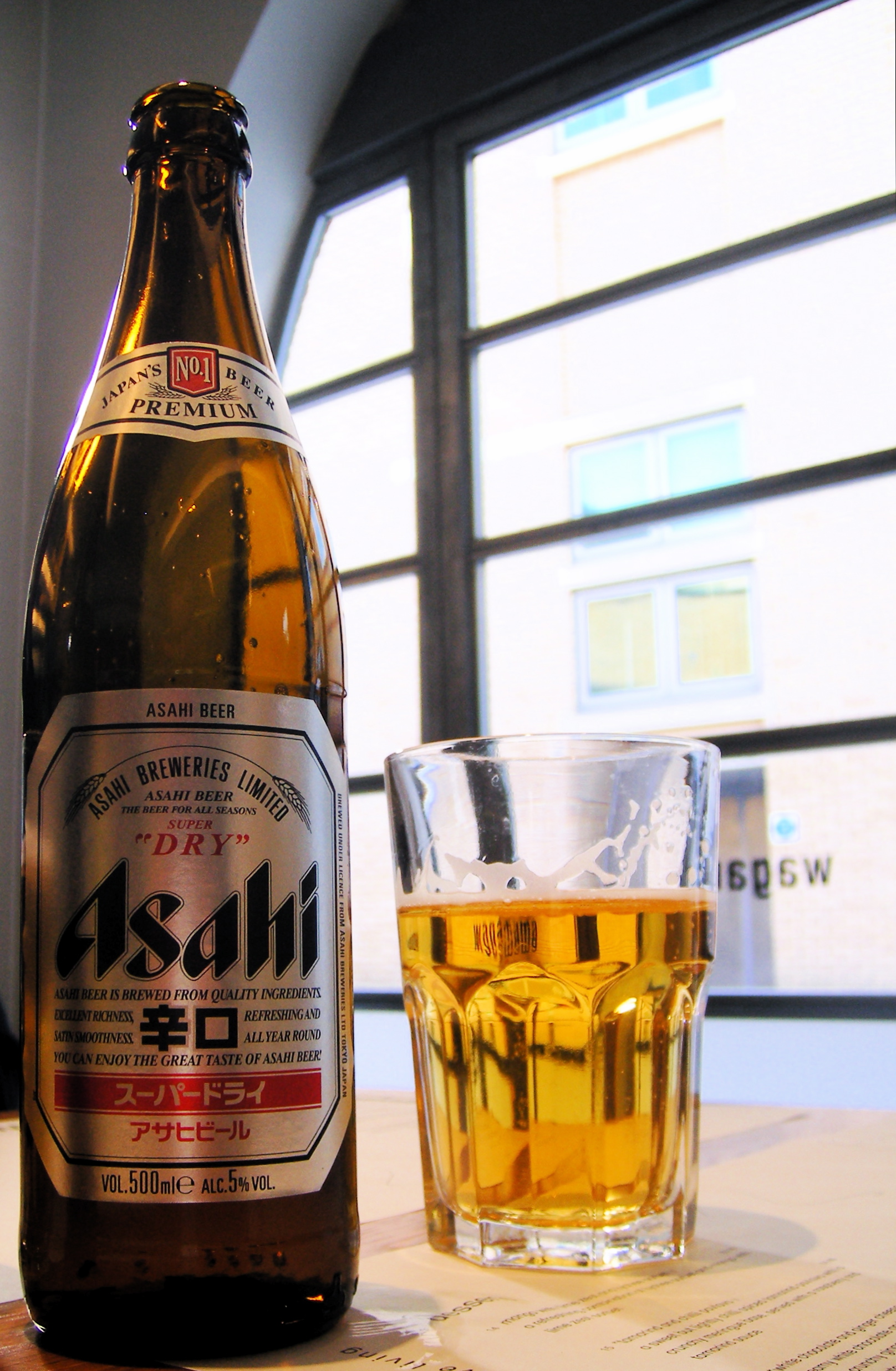 About:  A pure gold highly carbonated beer with a metallic smell and flavors of rice, grains and corn with faint hay hops. The taste feels chemical with a grainy aftertaste and it has a dry finish as the name states. An odd sweetness develops once the beer gets warm, hence chug it or leave it.

Country it hails from : Japan About: A light bodied golden beer with the aroma of a pilsener malt and lager yeast and a taste that reflects the same, this beer is nothing out of the ordinary but is a good companion to a continental meal.

Country it hails from : Turkey

About: A perfectly balanced deep golden English apple cider that is light in body, crisp and bittersweet. Crystal clean with light effervescence and  a mildly acidic apple scent, I pretty much liked this particular one. Strongbow is a dry cider, but it has a moderate level of sweetness. I like my cider with this exact sweetness with a nice tartness that kicks in, in the end.

About: A crystal clear golden amber  beer with white head that quickly disappears, Staropramen Lager has a grassy aroma and a malt sweetness, but what sets its apart is its incredible smoothness. With its medium bitterness, light fruitiness and dry after taste , it is an easy drink when served chilled.

Country it hails from : Czech Republic

About:  A light golden beer with a zesty edge and a hint of honey sweetness, Organic Honey Dew is a naturally palatable brew that finds popularity among lager drinkers as well as ale fans. It uses organic honey imported from Brazil, plus organic English malt and hops including the First Gold hop variety. Orange fruit flavours rise from the yeast, while the First Gold hop adds its own citrusy notes. Refreshing and zesty, it’s the perfect companion for salads and Thai foods.

Country it hails from : London, England

About: This Vintage Cider from Thatchers combines the heritage of real Somerset cider with a contemporary style designed for a new generation of lovers of this very English drink. In the Thatchers tradition of using freshly pressed English apples, Vintage, as its name suggests, is produced from only the best apples cropped in a single good year. After being cold filtered, fermented then blended, Thatchers Vintage is matured slowly in oak vats, giving this robust cider an intense apple character with a lively sparkle. This beer has a refreshing aroma of fresh and sour apples along with a tinge of bar cider cellars and the taste drifts from a  medium sweet tart to a sour apple taste.

Country it hails from : USA

About: Wild River is a double-hopped pale ale, inspired by some of the finest craft brewers from the USA. The  aroma of citrus hops, lemon grass, orange,  biscuit and caramel malts is prominent and the taste of bitter-sweet caramel malts a lemony zest,  hints of biscuits ,pine and some grassy notes are indulged in with moderate bitter lingering aftertaste and dry finish. This beer with a medium body and medium carbonation is an easy drink and leaves you refreshed.

Country it hails from : London, England

About:  To give Crabbie’s Scottish Raspberry Alcoholic Ginger Beer its uniquely refreshing taste, a blend of steeped ginger and natural Scottish raspberries is what created the curiously crisp refreshing taste. This scrumptious twist on traditional ginger beer tastes of sweet and juice raspberry notes fused too, but I personally felt that the raspberry taste was subdued by the overpowering taste of Ginger. If you are not a ginger beer fan like me, Crabbies  is not your brand as they have only Ginger beers.

Country it hails from : Scotland, UK

About: This beer is brewed in France and is owned by Heineken Inc. Despite all the exotic imagery on the bottle and the fancy Spanish sounding name, Desperados comes from France! Desperados Tequila Flavored Beer, brewed by Heineken is the first tequila flavored beer.It offers something different than the usual boring lagers and is less bitter hence more appealing to softer palettes. When you pour this tequila beer, a  small foamy white head is formed that quickly fades to a faint wisp and ring. It is a clear golden yellow lager with a medium amount of carbonation. A tangy taste of lemon and an interesting deep sour aftertaste with a sweet yet citrusy smell is what Desperados is all about. After a few gulps, you get used to the sweetness (unusual in beers) and then it does become a relatively smooth enough beer to drink . 2 pints of this and you are slightly buzzed, but what more can you expect from a tequila and beer mix?!

Country it hails from : France

About: Brewed and designed by Spandau Ballet’s Tony Hadley , Hadley’s Gold is a  true golden beer with subtle fruity and hoppy notesThe beer recipe was designed by Tony himself and after a day of trialling ingredients he decided on a combination of malts to give the beer balance and it’s golden colour, with hops from the UK, America and Australia to provide the complex fruity aftertaste, and all brewed with lager yeast for a clean, crisp finish. Described as a crisp and refreshing golden lager with a fruity aftertaste, this beer is a light drink to have with a delicious meal and will leave you nothing but satisfied. The packaging of this beer is pure royal and you just cannot bring yourself to throwing this wonderful bottle.

Country it hails from : Yorkshire, UK.

About: Opaque black beer with brown margins brewed in the UK  and pasteurised in cans and kegs , Murphys has a delicious aroma of roasted malts and hint of chocolate and coffee. It is medium bodied, quite slick and has a good carbonation with a creamy texture.It tastes almost bitter with a charcoal finish and a nutty presence, and more than just a satisfying dark ale. Again, one of my favourites despite not being a dark ale fan.

Country it hails from :  Ireland

About: Affligem pours a  brilliant bronze hue with a nice estery aroma that leaves your refreshed with a nice subtle high. This beer exhibits Belgian aromatics with pear and apple the dominant fruit. Pepper and coriander are the prevailing spices over a bready malt backbone. Once it warms there is a little lemon zest that promises even more surprises. The finish is dry and has a firm but pleasing bitterness.

Country it hails from : Belgium

(P.S: The pictures have been taken off the net, hence due credit to all those who clicked these beautiful pictures. I had taken pictures of each of these beers but my phone crashed and took away all my pictures with it, hence this happened)

2 thoughts on “The Beer Tale”

This site uses Akismet to reduce spam. Learn how your comment data is processed.